Countless publishers filled the halls of Gamescom this year, eager to show us what their devs have been up to while live shows were put on hold.

Over the week, I had the chance to hang out with Curve Games, to see what the studio has lined up in its upcoming release schedule. While not all of the games I saw were playable just yet, I was able to play two titles set to launch soon - Blooming Business: Casino and From Space. Here are my thoughts after spending around 20 minutes with each game. 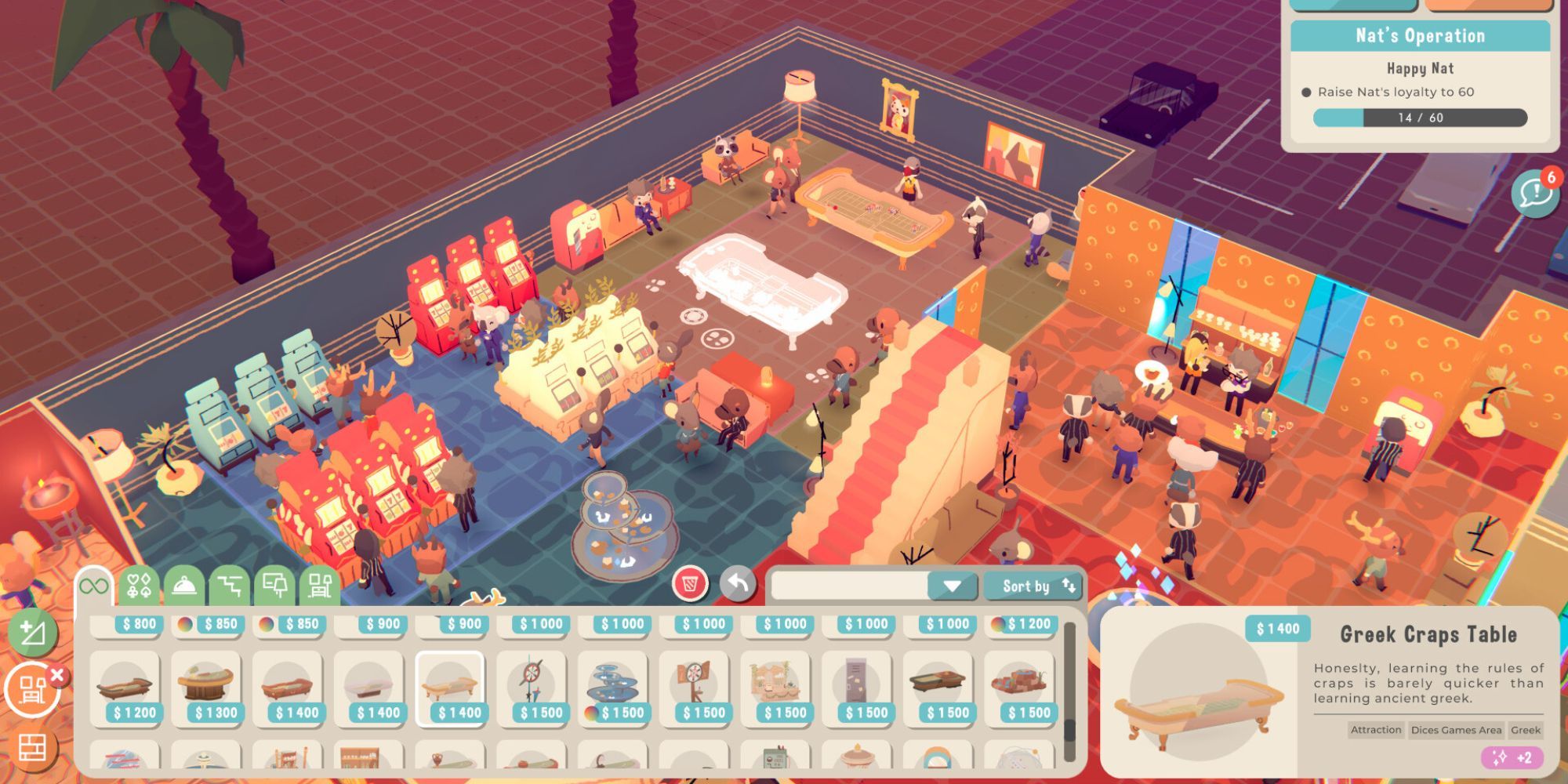 I’m definitely not a fan of simulation or business management games, but that didn’t stop me from having a blast with Blooming Business: Casino. Silly enough to draw in newcomers, Blooming Business has you operate a gambling hub frequented by a wide array of adorable animals. It just so happens that these animals can be everything from police officers to mobsters. As you can imagine, they don’t get along great, so managing your clientele becomes just as important as maintaining the services at your casino.

THEGAMER VIDEO OF THE DAY

The mechanics weren’t overwhelming, and the business management side of things is refreshingly fast-paced, getting customers into your establishment as soon as you have tables for them to play at. The humour won’t be for everyone - I’m not sure how I feel about the fact that one of the traits your patrons can pick up is ‘alcoholism’ - but even with that aside, it’s a neat business sim that allows for a good deal of customisation.

Blooming Business doesn’t have a release window just yet, but based on what I saw, I wouldn’t be surprised to see one announced soon. If you’re looking for a unique business sim to get stuck into amid the sea of similar titles vying for our attention, then Blooming Business is definitely one of the more exciting - and more accessible - games of the bunch.

There’s nothing wrong with From Space at all, I just don’t see the appeal. From Space is perfect for those of you looking for a local multiplayer game to play with a kid, but I’m not sure how much fun you’ll get from it outside of that.

In From Space, you and a team of both human players and NPCs go around blasting aliens, helping humanity fight back against an invasion. From what I got to play, it’s your average action-shooter, admittedly with some fun weapons to play around with. It’s fine for some run-of-the-mill multiplayer, but it’s not a game I’ll be picking up again in a hurry. From its art style, gameplay and level design, it all feels like it’s been done before. It’s polished, it works, and I can run around and shoot things. But after my time with it was up, I was very ready to move on.

If it fits the bill for something you and a buddy are looking for, From Space is set to launch on September 29. But do be warned, it will be a lot more fun if you have a pal to squad up with.

Next: Shadows of Rose Preview: One More Run Through Castle Dimitrescu

Stardew Valley: How to Complete The Pirate鈥檚 Wife Quest

The Best Free Games For The Oculus Quest