Gordo slimes make a return in Slime Rancher 2 and once more are key to unlocking the world's secrets. These larger-than-life slimes will need to be fed until they literally explode, unleashing a number of small slimes of the same type. Removing them will also uncover teleporters, secret tunnels, and shortcuts.

There are currently 13 Gordos in total, spread across the three unlockable islands. Each one will require anywhere from 15 to 50 items of food. Here's where to find every Gordo, what you need to feed them, and exactly what they are hiding.

Slime Rancher 2 is currently in early access. As the game progresses more Gordos are likely to appear and will be added to this guide.

THEGAMER VIDEO OF THE DAY

Map Of All The Gordos In Rainbow Fields

There are currently three Gordos in Rainbow Fields, the island you start on. They are Pink Gordo, Phosphor Gordo, and Cotton Gordo.

You'll want to feed these as soon as you can, especially the Pink and Cotton Gordos, who unlock the portals to the two other islands you can explore.

To reach the Pink Gordo you'll need to keep heading West on the map. In the game, this translates to coming down through the main entrance of the Conservatory - which is surrounded by a trellis with vines on - and heading through the archway in the rocks. Follow the path down until you end up in an open space with a slime statue in the middle.

To your left, you'll see a small rock carving of two slimes on top of each other. Head towards this and go under the bridge beside it.

As you turn the corner the path will head up a small hill to the right. Follow it up.

At the top is a cave with a stone carving and a Refinery Transfer Node next to it. Follow the path North, going past the node and back down the other side of the hill.

Keep going forward and go either under the archway or around the right-hand side of the large rock. You'll come to a clearing with a ramp on the left and a bridge straight ahead. Turn right just before you reach the bridge and you'll see a small archway in the stone. Head through here to find the Pink Gordo just ahead.

Once you've fed the Gordo until it explodes you'll see a water jet appear. Stand on top of this, and you'll be able to jump onto a cliff to the left. Walk along the cliff and at the end is a node you can interact with. Doing this will open a portal to Ember Valley. 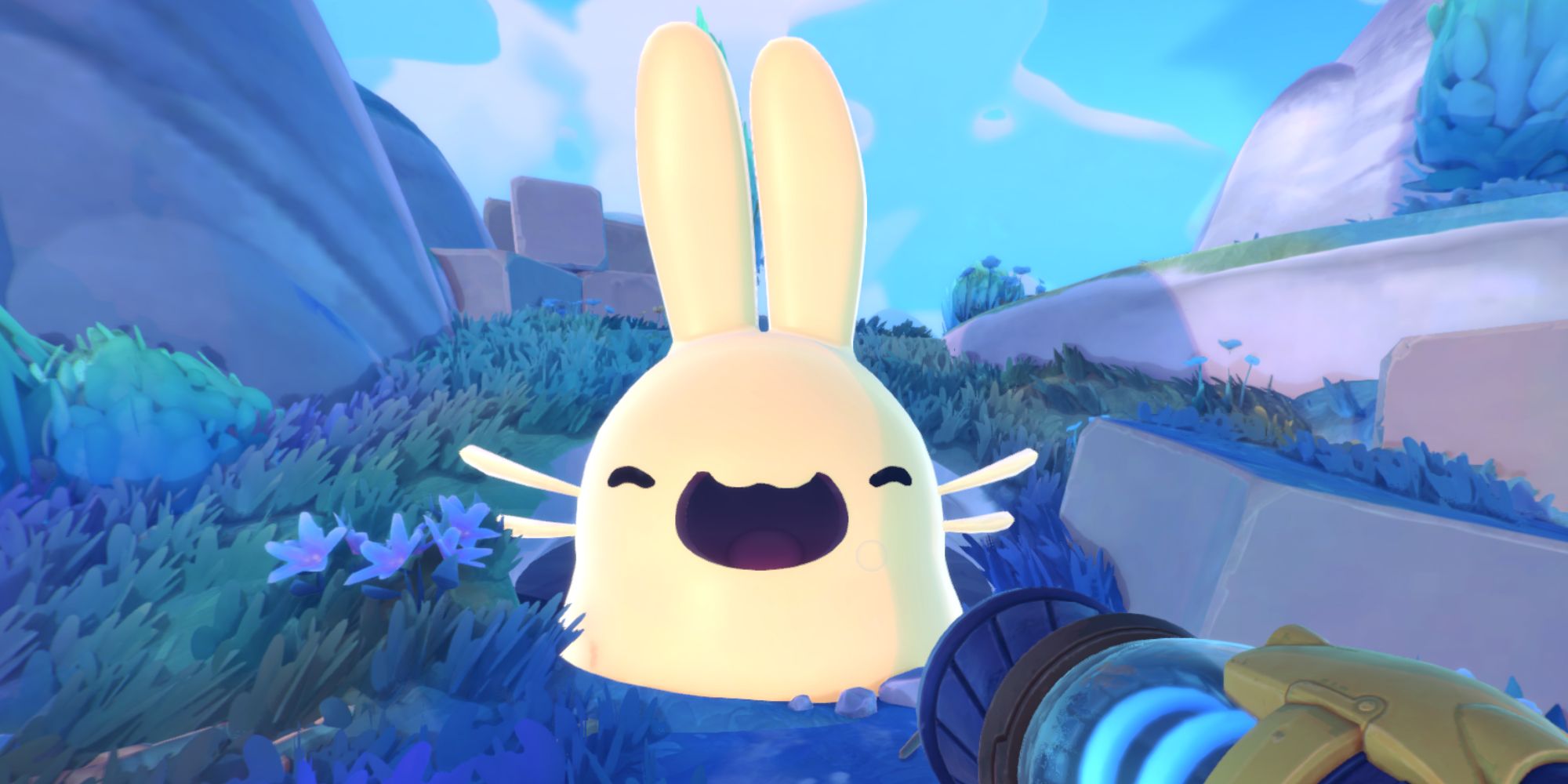 You'll need to once again head down from the Conservatory into the open space with the slime statues. Go back through the archway by the statues on the left as before, so you once again reach the clearing just before the bottom of the hill with the Refinery Transfer Node on it.

Here, instead of heading right towards the Refinery Transfer Node, you'll need to turn immediately left and head up the smaller hill, partially hidden by the rockface.

At the top of this hill continue forward until you reach the Cotton Gordo. Once defeated he will reveal a cave you can enter to unlock the portal to Starlight Strand.

If you are still in the early game you may only have 20 veggies on you. If this is the case check around the Gordo for more. There should be some carrots to the left and some wet lettuce on the mound behind.

At the front door of the conservatory turn left and follow around the wall and underneath the awning. Ahead you should see a gap in the fence. Behind here is a ramp which you should follow down.

At the bottom is an archway, go through here. On the other side start to follow the path until it turns right up the hill. At this point you should see a gap between the rocks on the left. Go forward slowly, and you'll see it leads to another narrow ramp.

Go down here then double back on yourself to find the Phospor Gordo inside a cave beside the ramp you just came down. Once exploded he unblocks the cave entrance. Inside are two Jellystone nodes and a door that requires a plort to open.

The door inside the cave requires a Tabby Plort to unlock. Tabbys can be found on Rainbow Fields during the day, so make sure to bring a plort with you when you enter the cave to get to the Z pod behind the door.

Once these three Gordos are defeated you can easily move between all the currently unlocked islands.

Next: The Best Slime Monsters In Video Games

The 14 Best Idle Games For iPhone And Android

Stardew Valley: Should You Choose Mushrooms Or Bats?